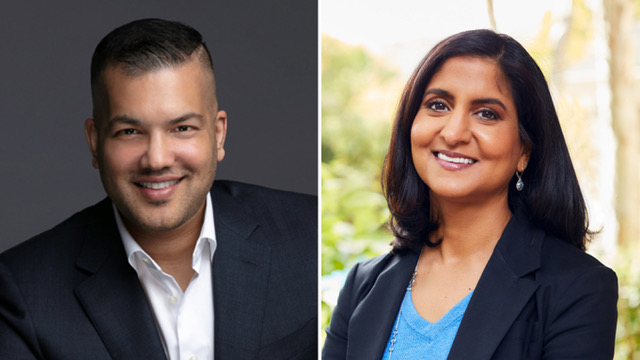 Anonymous Content has expanded its management team and named Tehmina Jaffer as President of Business Affairs and Operations and Tushar Trivedi as Chief People Officer. The announcement was made today by Anonymous Content CEO, Dawn Olmstead. As President of Business Affairs and Operation, Jaffer will lead business development and operations and broker deals on behalf of the company. In his new role, Trivedi will report to Jaffer and will work closely with Anonymous Content’s CEO, partners and existing leadership team to drive business performance, build a strong culture, and champion diversity and inclusion at the company. Jaffer and Trivedi will start in their new positions effective immediately.

“Tehmina and Tushar are both outstanding leaders in their fields who bring a wealth of experience, passion, and innovation to their new roles. Tehmina has an impressive track-record overseeing numerous deals for cutting-edge, thought provoking projects across the media landscape. And Tushar has an unparalleled approach to building company culture that elevates the great people,” said Anonymous Content CEO Dawn Olmstead. “We are thrilled they will be joining the Anonymous Content team as we chart our path forward together and continue to shape our future as a company.”

“I have long been an admirer of Anonymous Content and its unique ability to both foster the careers of an incomparable client roster and also create some of the most ambitious and exciting film and television projects in recent memory,” said Jaffer. “I am thrilled to join Dawn and the entire team as we take on the next chapter of the company’s story.”

“Joining the team at Anonymous Content and having the opportunity to work in an industry I’m passionate about is truly a personal and professional privilege. The company has an incredible reputation for its work, and more importantly the people and teams that make it possible,” said Trivedi. “I am excited to join Dawn and the Anonymous Content leadership team to continue building a purpose-led culture that drives innovation, is a champion for diversity and inclusion, and uses the power of storytelling to shape our culture in a way that makes the world a more equitable place.”

Jaffer is a veteran dealmaker with varied experiences negotiating across the new streaming media landscape. She joins Anonymous Content from Disney+ where, as SVP Business Affairs, she created and led the overall business strategy for Disney+ global content. She oversaw scripted and unscripted film and series content, both for the United States and internationally. She partnered and worked closely with external studios and Disney’s internal studios, including Walt Disney Pictures, Walt Disney Television, Marvel, Pixar and National Geographic. She worked particularly closely with Lucasfilm on The Mandalorian and worked with the company’s EMEA team to ramp up its local original content for the service and the upcoming launch of Star. Prior to joining Disney+, Jaffer was the director of original series at Netflix where she worked with the creative team to develop overall business strategies for series including Thirteen Reasons Why, Narcos, Maniac, The Haunting of Hill House, A Series of Unfortunate Events, and Dear White People. Before joining the streaming service, she was VP Business Affairs at NBCUniversal and has also served as senior counsel at ABC Studios, Legal Affairs. Jaffer was named Hollywood’s Top 20 Dealmakers of 2019 by The Hollywood Reporter. She began her career as a litigator for 5 years at Latham & Watkins LLP, where she focused on IP and general litigation. Jaffer graduated from Brown University with a B.A. in Urban Studies and received her J.D. from the University of Pennsylvania Carey Law School.

Trivedi is a seasoned HR executive with expertise in building strong cultures, modernizing and transforming HR, and scaling high-growth companies in both technology and creative-driven environments. He joins Anonymous Content after serving as the Global VP of People & Culture of BP Inc. where he scaled BP’s Digital & Innovation organization as a founding member. Before BP, Trivedi was the Divisional Chief HR Officer of Strategy & Transformation at Hilton. During this time, he led a successful culture transformation at Hilton which impacted 5,000 team members worldwide and helped the company achieve the #1 rank in Fortune Magazine’s “Best 100 Companies to Work For” list. Prior to his time at Hilton, he led HR at Bleacher Report through its largest M&A integration when it was acquired by Turner Sports (now WarnerMedia). Previously, Trivedi was a Business Development Executive at Google and YouTube. He also completed an international assignment in Singapore, where he led People Operations in the Asia-Pacific region. He was a recipient of Google’s highest internal recognition for his contributions to Google’s “Compensation Renewal,” which overhauled their sales and equity compensation programs, resulting in significant revenue growth for the company.

He has also been recognized by HR Executive Magazine as a “HR’s Rising Star of The Year” and by Workforce Magazine as a “Game Changer of the Year.” Trivedi is a graduate of Purdue University’s Krannert School of Management where he earned his Bachelor of Science in Management and Finance.